Published by outsource on September 26, 2018

This algorithm finds shortest path from a graph structures which has 2 elements known as,

A node (or vertex) is a discrete position in the graph.And an edge (or connection) is a link between two vertices that can be either directed or undirected and may have a cost associated with it.

The 2 vertices connected by edge are source and destination.The length of edge denotes distance/cost between 2 nodes.

Graph is an array of such edges.It may contain loops.

It can be initialized as,

Connecting 2 vertices by creating a edge between them with certain length,

raise ArgumentException, “No such vertex: #{src}”

raise ArgumentException, “No such vertex: #{dst}”

Step 1:Initialize the distance as infinite from start node. 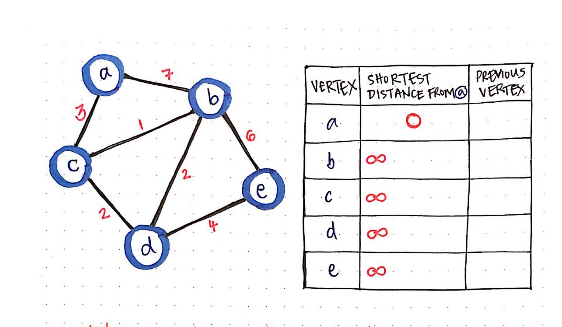 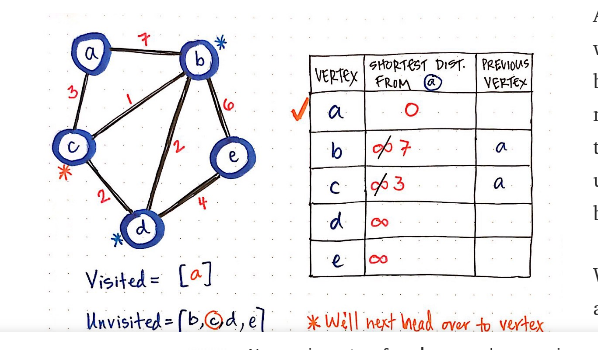 The distance to node b is currently marked as 7 . But, there is a shorter path to b, which goes through c, and has a cost of only 4. So, the table will be updated with shorter paths. 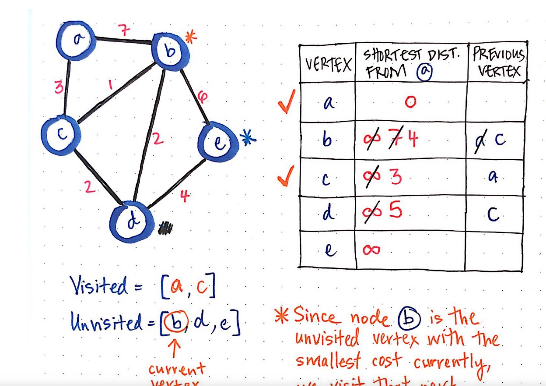 After visiting all nodes, the table becomes 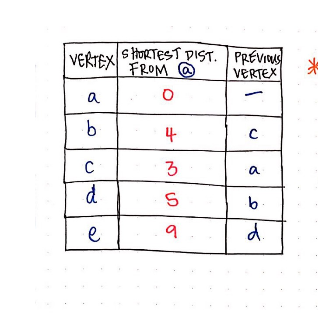 So we have visited all nodes. The shortest path for all nodes from any node can be found from above table.

if dst and nearest_vertex == dst